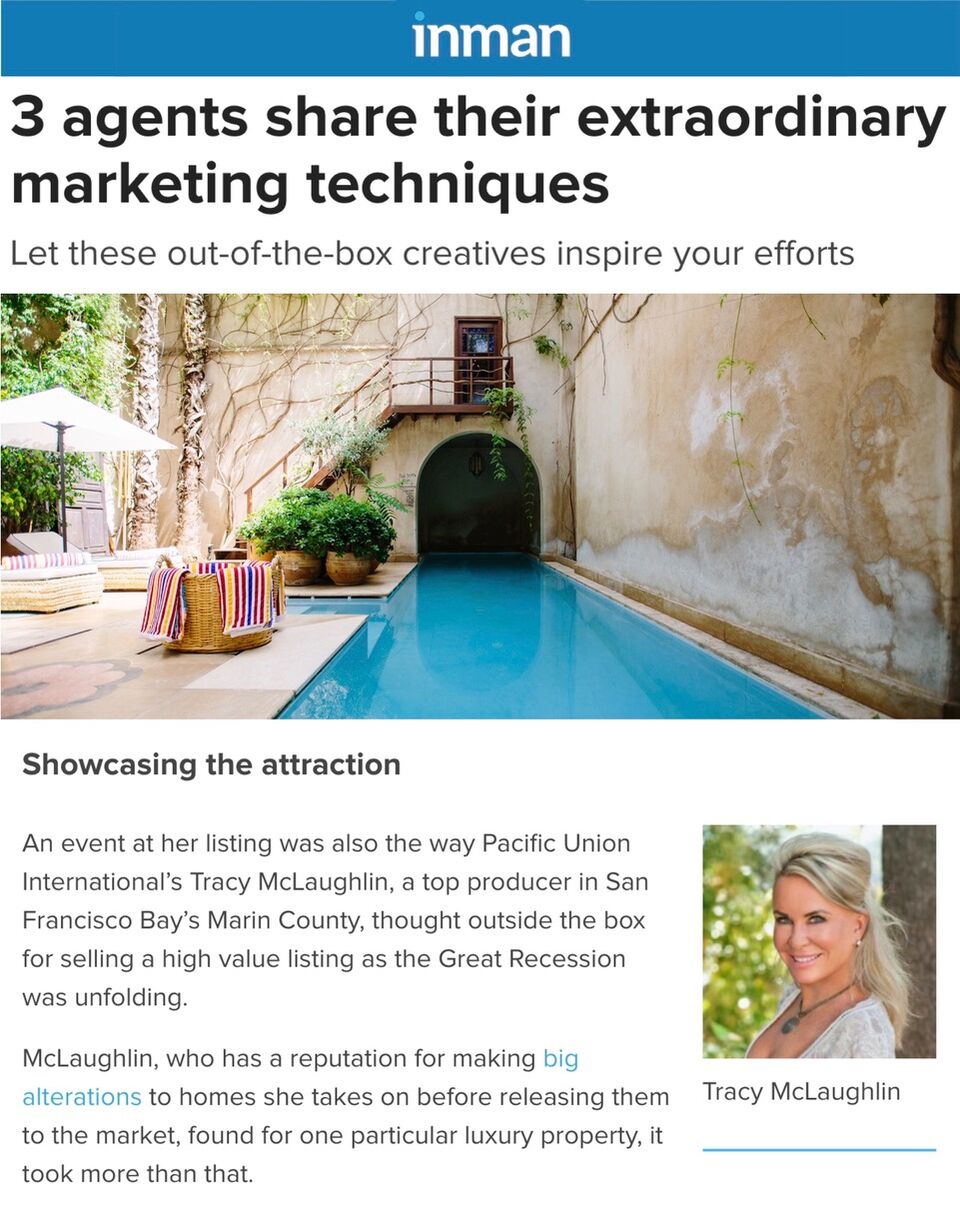 Adversity can push you to think outside the box when it comes to marketing your listing — because you have no choice. Below, we’ve found three exemplary real estate agents who’ve pushed the boundaries of creativity to bring buyers to their listings.

Seattle-based Realogics Sotheby’s International Realty’s (SIR) top producer, Sam Cunningham, was marketing a development in downtown Seattle a few years ago, which at the time, had a reputation for its numbers of homeless.

This was putting a bit of a spanner in the works for his marketing of luxury penthouse homes in a brand new building, which had a methadone clinic next door.

“Our first line of defense to people was, ‘Well, spend the night,'” Cunningham said. He and Realogics SIR president Dean Jones, came up with a “sleep on it” campaign inspired by a mattress ad. They set up a bedroom in one of the furnished model condo homes as if it were a hotel room, complete with coffee maker and a goody basket with gift certificates from local restaurants and a book called Things to do in Seattle.

They retrained the building concierge to act as a hotel concierge for when people arrived, making sure their cars were accommodated and their luggage taken care of. Buyers had to show proof of funds and convince the agents they were serious buyers.

How to find the hidden potholes on the road to productivity

It was an exercise to just get people “over the edge” of making the decision, Cunningham said.

He and Jones had 20 people “sleep on it,” and 11 people bought homes in the building as a result, said the top producer.

For Coldwell Banker agent, Rory Hertzberg, based in Bradley, Illinois, over an hour away from Chicago, he has always had to be creative in his market to make a success of his career. He took a page out of Madison Hildebrand’s book from an episode on Million Dollar Listing Los Angeles by creating a craft fair at a client’s property.

Although Hildebrand had done it in Malibu, Hertzberg did it in his own style in Bonfield, (population 364) Illinois, at a client’s rural property in the countryside. The sellers themselves were artisans, so they had their wares, and then Hertzberg put a call out on Facebook to anyone who made their own soaps, knitting and crafts. Hertzberg also brought in some local food trucks too.

Of course, people were able to walk through the home during the day of the craft market. Hertzberg was delighted to see people were tagging their experiences on Instagram and Pinterest.

“It got the house out there for me, and it was really cool to meet the other craft vendors and people who might be clients in the future, to show them that I go beyond the norm to sell a home,” said the energetic Illinois agent.

An event at her listing was also the way Pacific Union International’s Tracy McLaughlin, a top producer in San Francisco Bay’s Marin County, thought outside the box for selling a high value listing as the Great Recession was unfolding.

McLaughlin, who has a reputation for making big alterations to homes she takes on before releasing them to the market, found for one particular luxury property, it took more than that.

“I got a call in the fall of 2008, right in the middle of the financial crisis, from a high-profile client saying he had the challenge of all challenges for me. He wanted to sell his property, which was the most expensive home at the time in the Marin town in which he lived,” she said.

“The property’s main feature was a beautiful hacienda style pool and pool house. I realized what a challenge it would be to get people to come and look at this incredibly high-end property as their portfolios were shrinking week by week,” she remembers.

She threw an event at the home, in the pool area. They hired a mariachi band, had chefs performing live demonstrations and a popular local bartender who made incredible cocktails.

“It was a really fun night and a lot of people attended, one of whom ended up buying the house,” she said.

“I never would have been able to get so many potential buyers to come look if I had just used traditional marketing strategies like open houses or mailers,” she added.

According to McLaughlin, whenever she gets a luxury property that she thinks will be improved with a swimming pool, she will have a pool rendering done by a leading landscape architect in the Bay Area.

“It is an incredibly effective visual supplement that consistently convinces clients to purchase the property as they are able to actually “see” the potential versus just talking about it,”
she said.