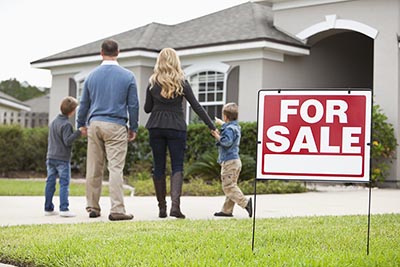 California homeowners who are considering selling increase their chances of receiving premiums if they put their properties on the market between May and July.

That’s according to an analysis of 14.7 U.S. million home sales by ATTOM Data Solutions, which determined in what months sellers in different parts of the country netted the most over a property’s estimated value between 2011 and 2017. Nationwide, May is the best month to put a home on the market, when have sellers averaged 5.9 percent premiums. Drilling down even further, the best day of the year to sell is June 28th, when homes sell for 9.1 percent more than their estimated value. Seventeen of the 20 best days to sell a home are in May or June.

That general trend applies to most California housing markets, though the optimum-sales window is even longer. In 17 of the 20 Golden State metropolitan areas included in the study — or 85 percent — listing a home May, June, or July gives sellers the best chance of scoring a premium.

Since the housing recovery began, May has been the best month to sell a home in the San Francisco metropolitan area. Between 2011 and 2017, sellers who listed their homes in May received average premiums of 5.4 percent. May is also the sweet spot for sellers in Santa Rosa, when homes have sold for an average of 6.5 percent more than their value.

Silicon Valley home sellers hoping for the largest premiums may have already mostly missed their window this year. The report says that April is the best month to sell a home in San Jose, when homes have typically fetched 4.1 percent premiums. Then again, in the current frenzied Silicon Valley housing market, in which a burned-out home recently sold for at least $100,000 more than asking price, properties are highly likely to fetch premiums any time of the year.

In Southern California, the early summer appears to be the best time to put a home on the market. Sellers in Los Angeles, San Diego, and Oxnard have netted the largest premiums in June, albeit smaller ones than in the Bay Area.

For insight about how the spring real estate season is expected to play out in the Bay Area, read Pacific Union’s first-quarter real estate report, which features predictions from Chief Economist Selma Hepp. The report also provides all the latest market statistics, including data on whether homes sold for premiums or discounts in all regions and communities in which Pacific Union operates.