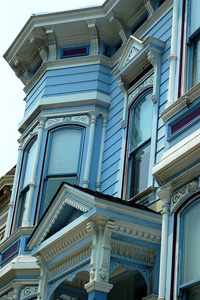 As a few different sources on the Internet seem to indicate, the real estate market in the bay area is showing signs of stabilization. After years of skyrocketing prices, especially since 2005, and aggravated after the financial crisis of 2008, San Francisco and its surrounding counties seem to level off. This news shouldn't come without specifying that prices still have climbed around 17% between July of 2012 and July 2013. However, overall, prices have not gone up as abruptly in the first half of 2013. With increases ranging from 6% to 3% quarter to quarter up to August, we are now seeing them stagnate. The global US real estate market has even declined 0.3% from June to July 2013, the first time in almost 2 years. Indicators seem to show that interest rate increases could explain this observable trend: they are now recorded above 4%. It is also indicated that the Federal Reserve will start easing up it mortgage buying at the end of the Summer. For more information, feel free to check out Pacific Union's real estate market conditions page by neighborhood.